Born on January 7, 1999 in Tokyo, Japan, Yuto Horigome, influenced by his father’s legacy, started skateboarding at the age of six.

He has been skating vertical ramps since he was a child, and from his early teens has been in the top ranks of domestic competitions held in Japan.

After graduating from high school, Horigome moved to the U.S., where his talent blossomed further. Within a year of his 2017 debut in Street League Skateboarding (SLS), the world’s top skateboarding competition series, he won 1st place in three 2018 SLS stops and became one of the top skateboarders in the world.

In 2019, he became the first Japanese skateboarder in his discipline to win the X-Games in Minneapolis. Horigome also won the 2019 SLS Los Angeles Stop, and took second place at that year’s World Championships. In 2021, after the season was suspended due to COVID-19, he won the World Championship for the first time.
This is a special limited edition model for which Yuto Horigome selected the colors, materials, finishes, and graphics in order to create an original customized watch.

For the first time in the SKX series, a "camouflage pattern" is used on the dial.

The radiating finish on the dial is combined with a three-dimensional stamped pattern to create a highly textured look.

The watch also features a silicone strap that is perfect for sports activities. The watch is offered as a limited edition with a Yuto Horigome signature on the case back alongside the words "LIMITED EDITION" and the serial number.* In an actual product, the case back direction might be different from the photograph.
The watch is housed in a special box with Yuto Horigome's signature and "YUTO HORIGOME LIMITED EDITION" printed on it. Similar to the limited edition model, SRPJ37 has a camouflage pattern on the dial. This continuing model combines different finishing techniques and plating processes to achieve a glossy look that changes with the way the light reflects off it when viewing from different angles. The black case and nylon strap are combined to create a style that matches any street scene. 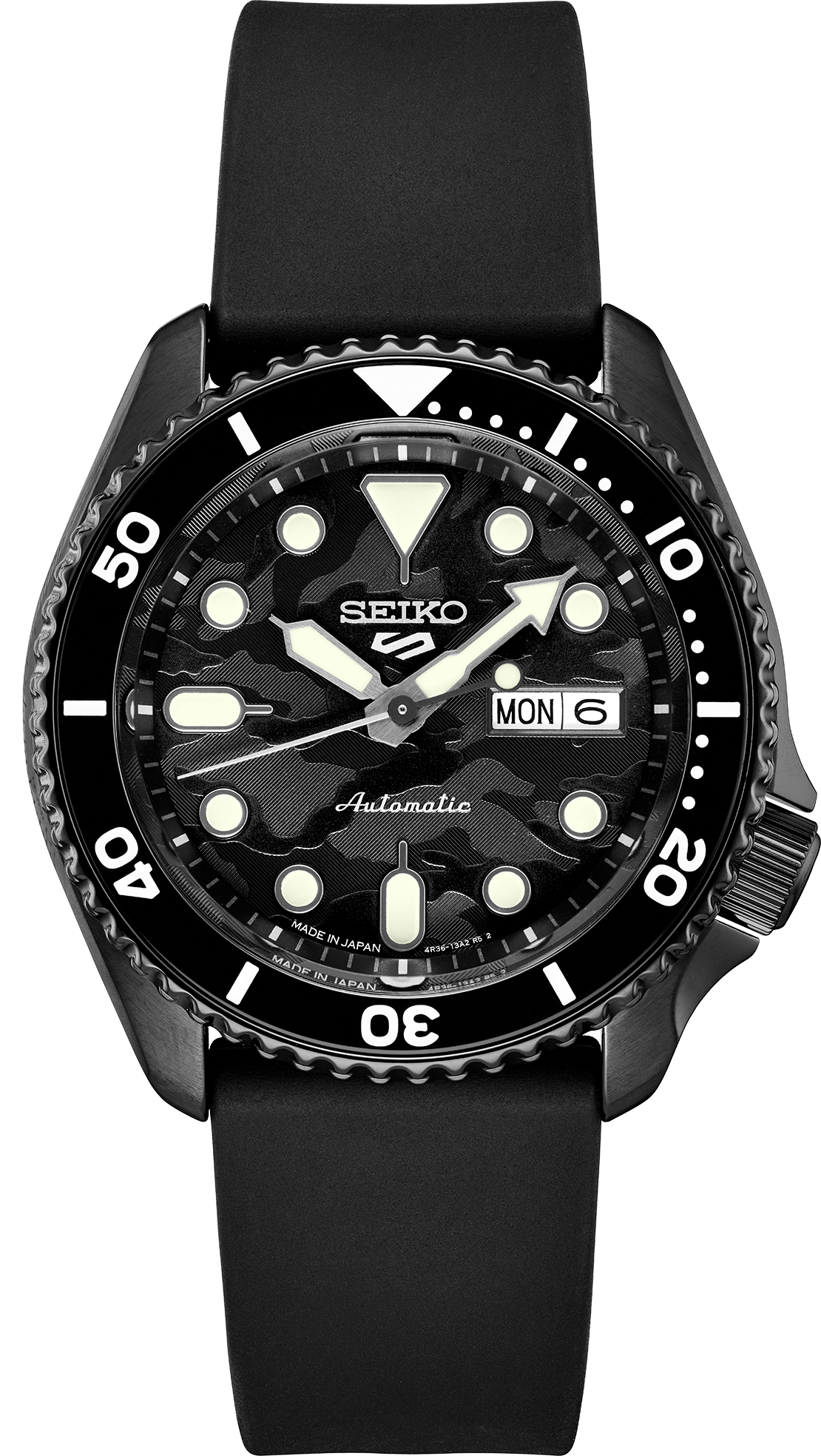